We reviewed the cases who underwent the septal extension graft combined with tip onlay graft from 2008 to 2011.

We found the onlay graft was unfavorably visible in 30 % among 85 cases with longer than 1 year follow-up.

We conducted a second review study 2 years later, in which we found visible tip graft in 23 % of 94 cases after 1 year follow-up.

Thinking from a different angle

“We should make tip grafts look natural even if they become visible, yet it is important to avoid sharp edge and malposition.”

It concludes that careful tailoring of the tip graft cannot solve the problem of graft visibility completely.

Our current approach for this problem is to create a favorable contour of the tip graft when it becomes visible.

I used two pieces of narrow cartilage graft, fixing them on each side of alar cartilage.

Or I fixed one piece and then make a dich in the middle.

I reviewed the cases who underwent septal extension and tip onlay graft from 2013 to 2015.

45 cases had postoperative photo of more than 1 year follow-up. 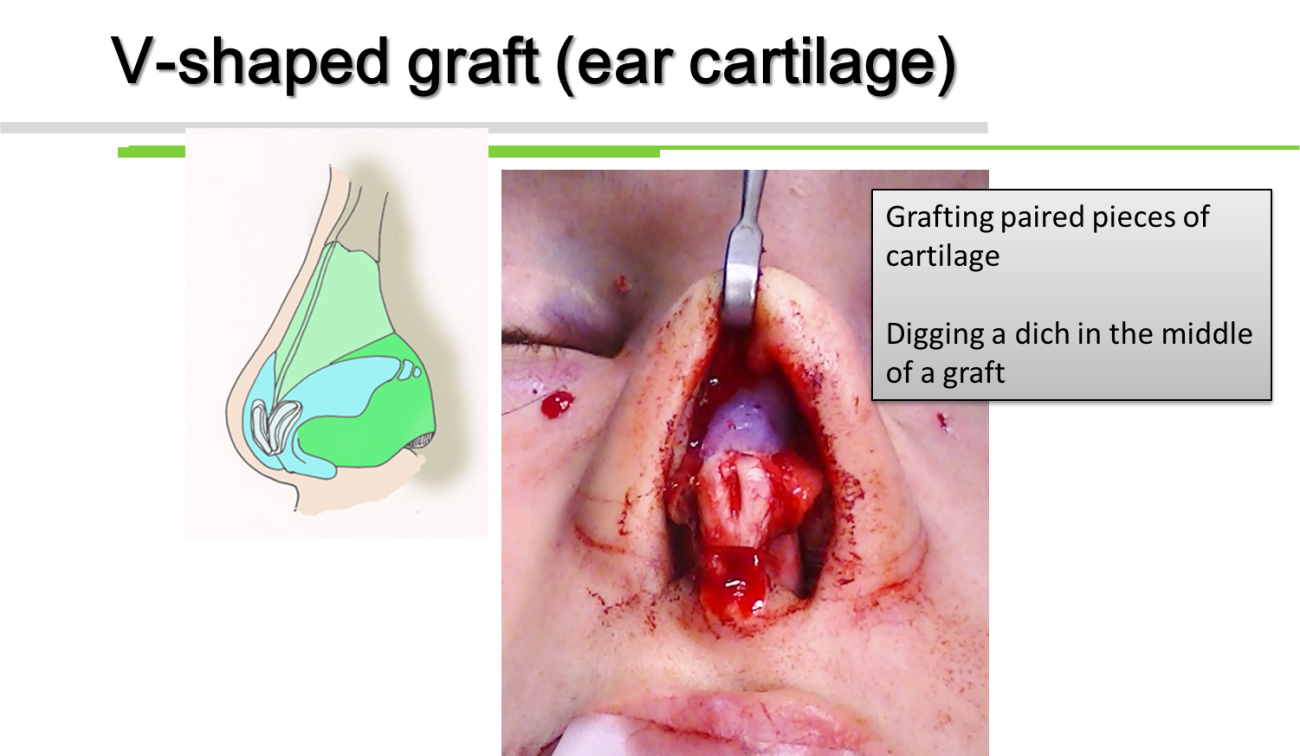 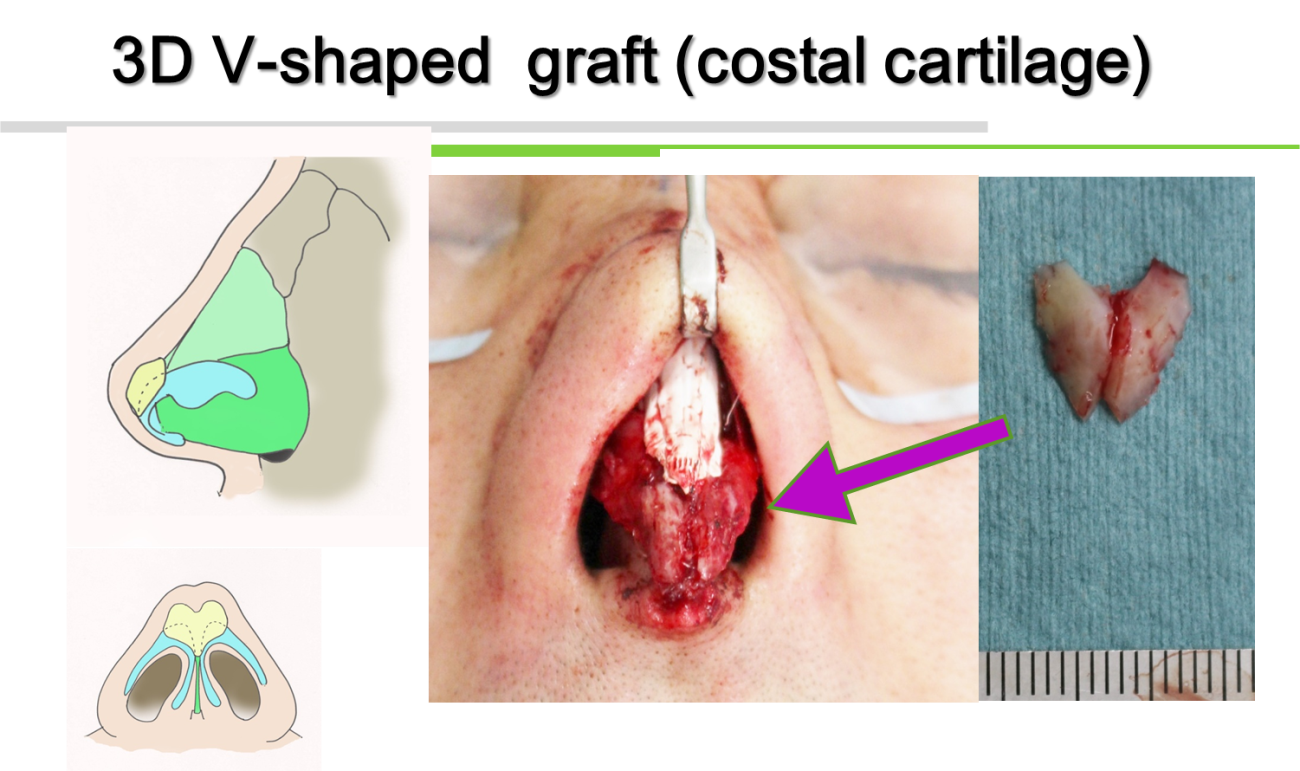 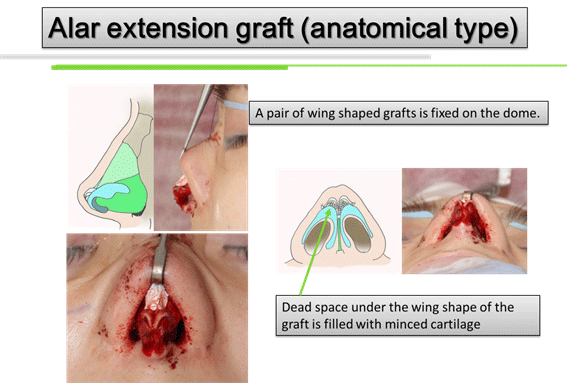 In the 3rd study, I reviewed the cases who underwent septal extension and tip onlay graft from 2013 to 2015. 45 cases had postoperative photo of more than 1 year follow-up. During this period, one of the above mentioned 3 methods was applied. 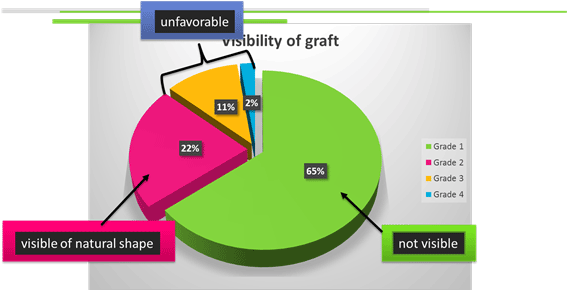 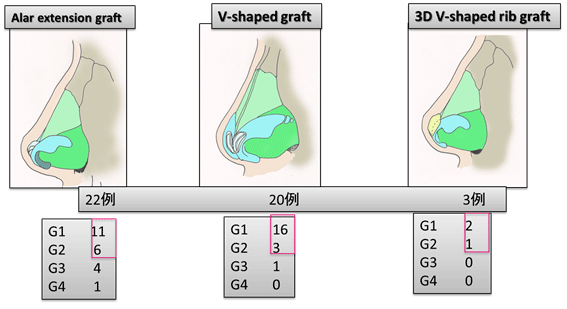 In conclusion of the 3rd study, the use of anatomical graft reduced the incidence of unfavorable visibility down to 15%. 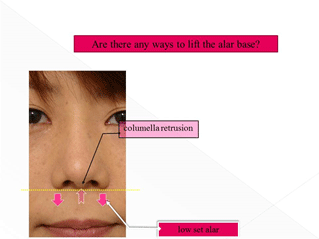 The columella retrusion is a source of poor relationship between columella and alar base. Another cause is low set alar.

This paper presents my new approach for lifting the alar base. The full thickness incision is made along the alar groove, detaching the alar lobule from the cheek. The alar tissue is excised at the superior margin of the alar lobule. The alar was repositioned superiorly. The skin defect at the bottom on the cheek surface is closed with V-Y advancement. 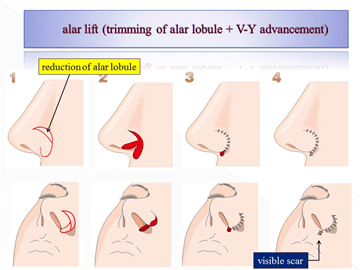 This technique can reposition the alar superiorly and also reduce the size of alar lobule particularly in a vertical dimension. The scars which develop in the superior margin of the alar lobule and below the alar base are tolerated by the patients. Another potential side effect is widening of the nostril floor.

The presentation shows the surgical technique in video and demonstrates clinical results. 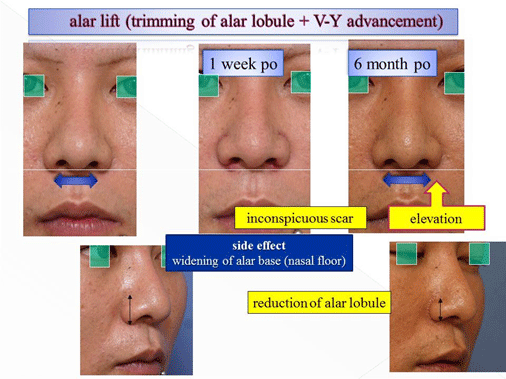 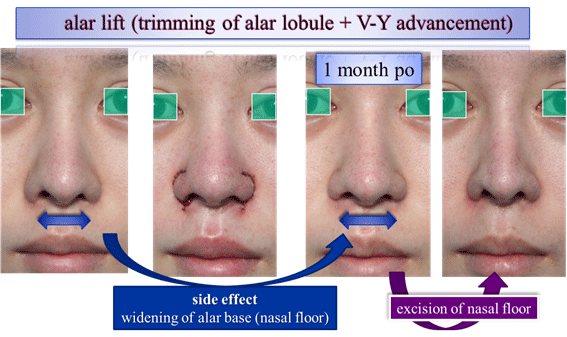 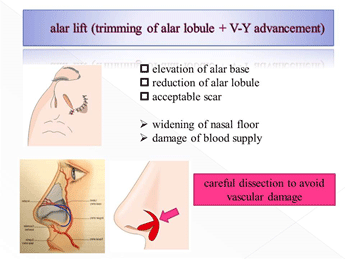 Spring ThreadTM is the elastic suspension thread with cogs made of silicone rubber. Each cog is mechanically strong and large enough to provide secure anchorage of subcutaneous fat tissue. The elasticity of the thread can prevent the loss of anchorage even in the facial skin being stretched.

Spring thread has cogs arranged in bi-direction manner; I cut a thread in the midpoint to produce from one to two treads with unidirectional cogs.

hrough a 2 to 3 cm long incision in the temporal area, the subcutaneous dissection is performed just below the zygomatic arch.

12 threads or even more are used for one side of cheek. The distal end of thread, which is smooth in surface with no cog, is penetrated at the skin along the lower margin of cheek sagging (jowl deformity).

The thread end is pulled out until the most distal cog arrives at 1cm deep to the skin surface. The threads in the temporal region are placed in a neutral tension.They are then pulled superiorly by 1 cm and fixed to the temporal fascia with nylon suture. The distal and proximal ends of thread are trimmed and temporal skin wound is closed.

I believe traction of threads with full strength in the temporal area is not necessary but can be harmful; excessive pull can not only cause an unnatural appearance but also readily lead to anchor loss. Therefore I suspend the lower cheek tissue in the superior direction by 1 cm.

From my clinical experiences with various cog threads I have found the spring thread can suspend the facial soft tissue with minimal chance of anchor breaking. 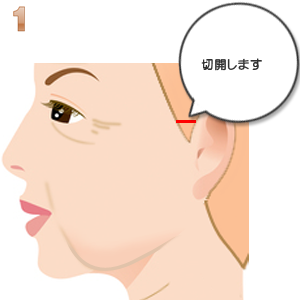 Skin incision in the temporal area 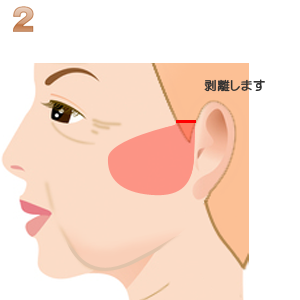 Subcutaneous    dissection over the zygomatic arch 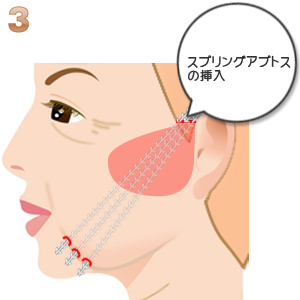 Insertion of threads in the subcutaneous plane 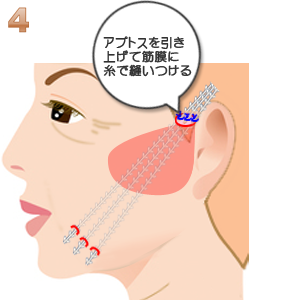 Suspension of threads and fixed to the temporal fascia 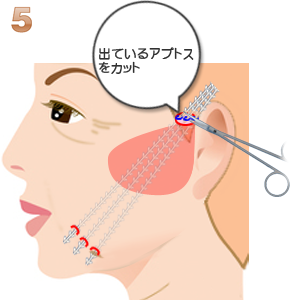 Trimming of exposed ends of threads 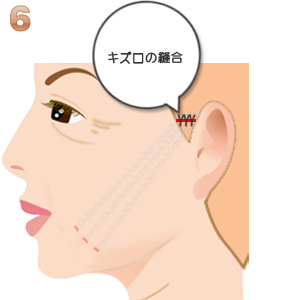 When a casee with loose redundant skin in the cheek was treated with upper cheek dissection with thread lift, elevation of lower cheek tissue can produce excess skin in the area of dissection, making a hallow and bulge in the lateral cheek 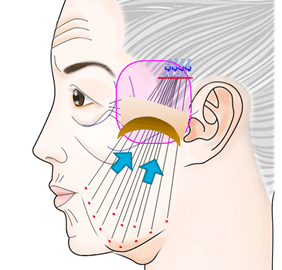 I suggest to extend the dissection into the temporal region, elevate the lower cheek with spring lift and suspend the upper cheek skin superiorly to the temporal fascia.

The temporal suspension creates hollow and bulge in the temporal hair bearing area, which is not visible. 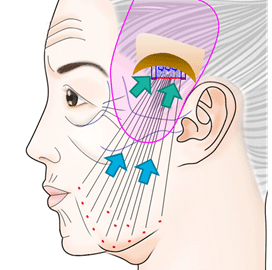 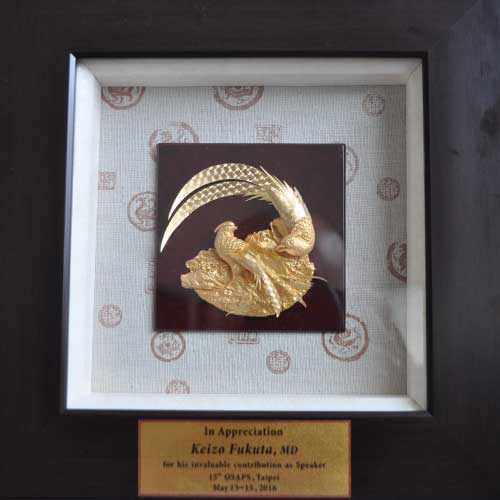