Current trends of beautiful Asian eye in my practice in Japan

There are increasing demands of making a drooping eye appearance in my practice. I have used three different procedures; glamorous line plasty, lateral canthoplasty (lateral canthus incision) and lateral canthal tendon reposition. This paper presents the technical details and clinical effects of these three techniques.

The glamorous line plasty advances the CPF and fixes it to the lower margin of tarsal plate in the lower eyelid. This procedure can make the lower eyelid margin lower in position and rounder in curvature. 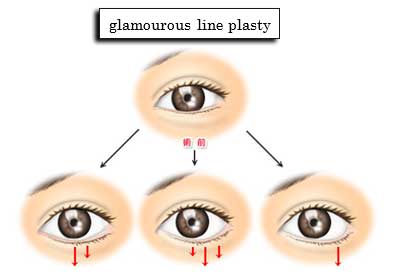 The lateral canthal tendon reposition releases the orbicularis oculi muscle from the periosteum around the lateral orbital rim. The deep raphe and superficial raphe of the lateral canthal tendon are detached from the orbital rim and fixed to the bone in a lower position with drill holes. The elevated orbicularis oculi muscle is fixed to the periosteum in the lower position. This procedure can shift the lateral corner of the orbital fissure in a lower position. The lateral portion of lower lid margin becomes milder ascent, while the upper lid margin becomes steeper descent. The lateral sclera does not become larger; even it looks smaller after procedure. 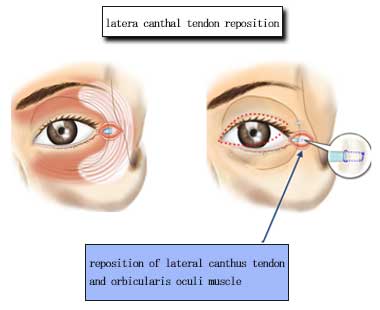 Announcement by the slide

✓ loss of sharp angle at the lateral corner
✓ exposure of conjunctiva 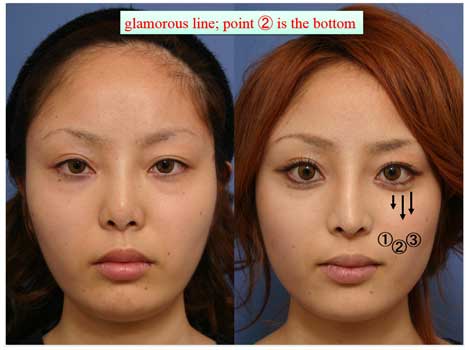 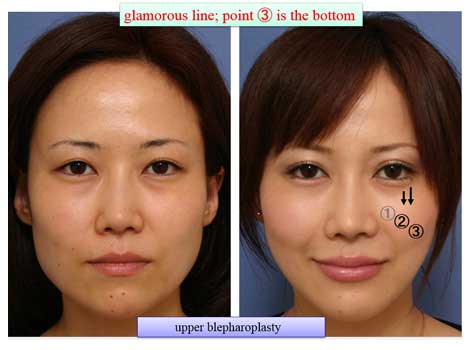 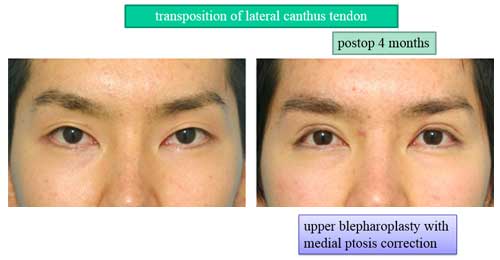