We were often embarrassed with development of supratip bulge during the operation of septal extension.

We struggled to get rid of the bulge on the operation table, consuming operation time.

The cases that underwent septal extension graft were retrospectively examined in terms of the development of supratip bulge.

It was found that the cases in which caudal direction was chosen for extension showed relatively high incidence of supratip bulge.

In this situation, cartilage frame extended in the supratip region. In contrast, skin envelop stretched mainly in the columella region.

Thus, the skin of tip area ended up with sliding cephalically in relation to the cartilage frame.

This skin envelop originally covering the tip had a domal shape, thereby produced a bulge in the supratip region.

In order to get rid of the supratip bulge, we made a gap between the distal end of dorsal implant and tip onlay cartilage graft, creating a concave contour in the supratip region; this maneuver not only failed, but also develop depression deformity in the long follow?up period.

These results suggest that the supratip bulge is inevitable in case of extension procedure in the caudal direction.

The intraoperative effort to convert this convex contour to straight or even concave has no value.

The skin envelop adapts the underlying hard tissue frame in a year. 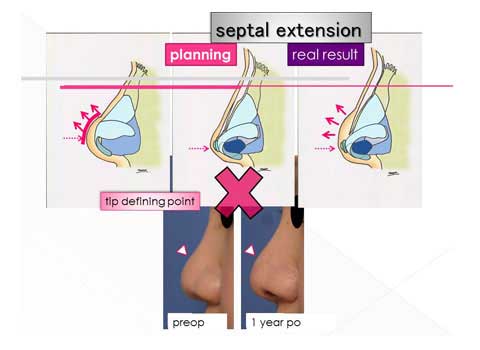 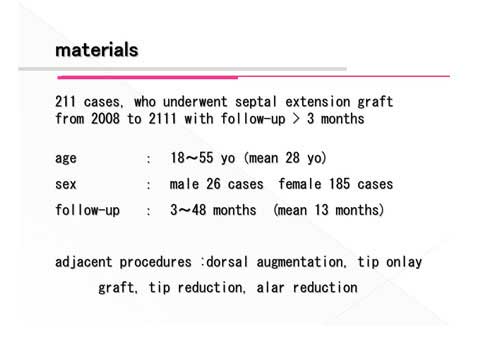 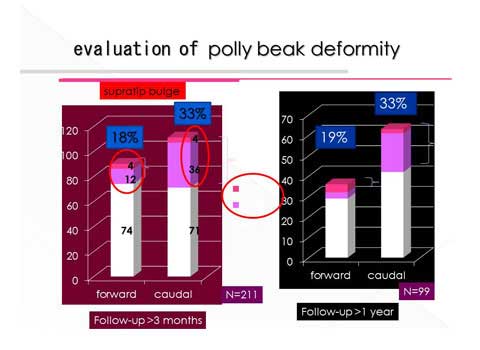 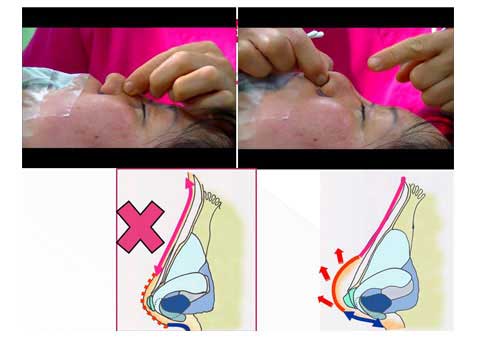 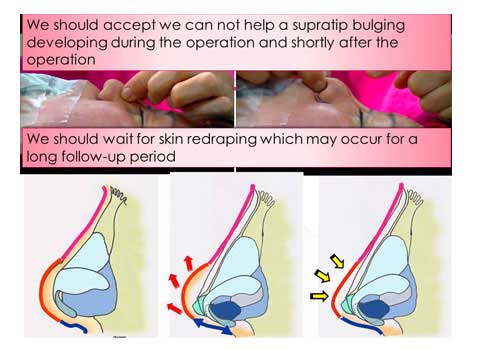 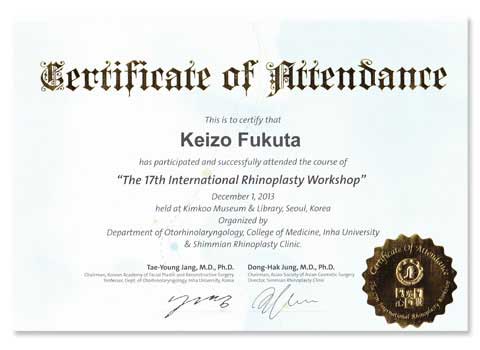 Letter of thanks
The 17th International Rhinoplasty Workshop 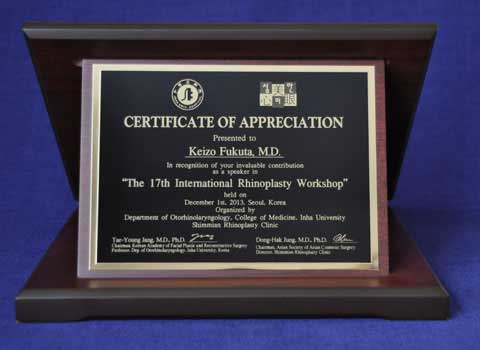